Imagine presenting your company on stage between someone who launches satellites in to space, and someone who has a device on their head that reads your brain waves.

Yesterday, Customer.io was 1 of 3 companies from the “Demo Pit” to present on stage at the Launch Festival. There are 195 fantastic companies here in the demo pit. We were shocked and thrilled to get called up.

At 2:19 as I was watching Ev Williams (founder of twitter) speak, Asha was at our booth and sent me a text: 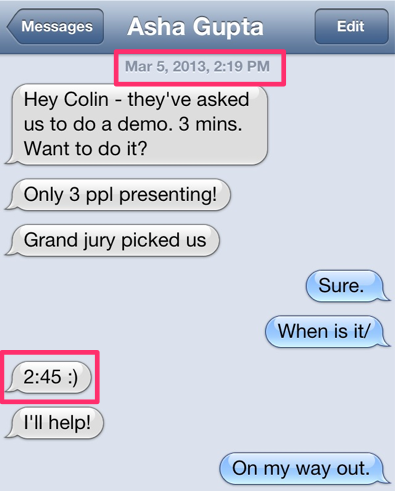 A few minutes later, we were back stage preparing to go on and talk in front of ~1000 people. Smack dab in between a company that launches satellites in to space, and a woman with a brain wave device on her head. 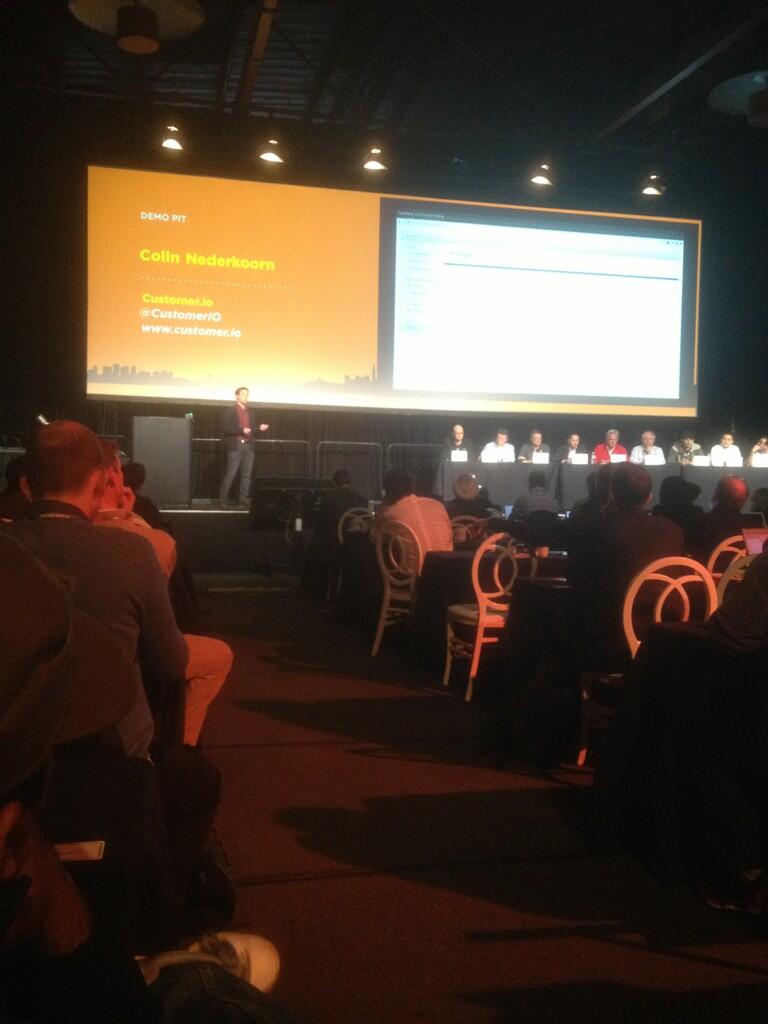 It was a thrilling experience. I couldn’t help but think back to the first time I presented customer.io. I was a total wreck in front of a room of 50.

Tangents aside, let’s get down to business. If it’s possible in your business, you should be doing Karma based marketing. It’s the only thing we do to grow our business.

I’ll give you a few examples:

But you all know about these, so I want to show you a few examples other people do:

Seattle coffee gear currently has 636 videos on youtube. They’re adding a few every week. If you’re doing research to buy an espresso machine / coffee equipment, you can get awesome reviews from them.

At our last company, John and I convinced Brandon (the CEO) to buy an espresso machine and we ended up buying from Seattle Coffee Gear because of the reviews and their solid prices.

More examples: Helping people be more successful with things related to your product

Our customers told us early on that email education was really important to them. So we work hard to help people solve their email problems. Here are some examples from other companies I’ve personally used and loved:

Are there others I missed that you really like?

Our philosophy: Don’t ask for the sale when you’re doing good things for people

Your Karma based marketing efforts are about building trust with people. Yes, ultimately I hope they’ll lead to sales for you. But today, as you help prospective customers solve their problems, help them as humanly as possible with genuine care. Good things will happen later. I promise.

At the Launch festival in San Francisco, we’ve had a surprising number of people come up to us and say “My friend told me about you guys”, or “I love your emails. I just wanted to say hi” or “I signed up last week. Love what I’m seeing so far”.

Our advertising budget is zero. We’re a team of 3 people sitting in an office in New York. We’ve grown our business to over 100 paying customers using us to send 2 million emails a month.

We’ve done this all on the back of karma based marketing. I’d encourage you to try it if you’re not doing it now.

Share karma based marketing you’ve done in the comments.