Screwing up gave us the opportunity to write an apology email to our customers. Our screw up affected just a fraction of our customers. But each of them received a personal apology. 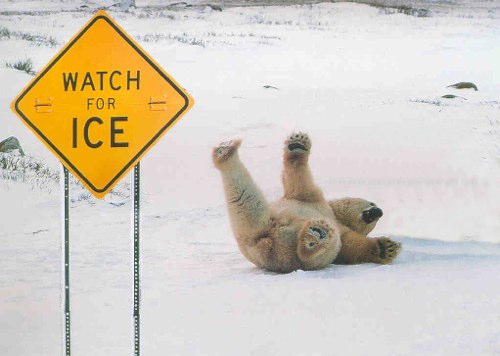 Over the weekend I was reflecting on how we handled the situation and learned that Subway was caught selling “Footlong” subs that were only 11 inches! How Subway’s public relations department handled it makes them look like a bunch of jerks.

With regards to the size of the bread and calling it a footlong, ‘SUBWAY FOOTLONG’ is a registered trademark as a descriptive name for the sub sold in Subway® Restaurants and not intended to be a measurement of length.

So, basically they got caught deceiving their customers? They decided to tell you that the joke’s on you. “Footlong” is not intended to be a measurement of length?

I’d never want to be in their shoes.

Being pro-active in your communication during a crisis will help you keep things under control and avoid frustration and unhappiness from your customers.

1. Find out the root cause of the issue (and fix it)

As quickly as possible figure out the root cause, and stop it from continuing. Ideally you want to write to people to say the problem has been fixed. But don’t delay.

Make sure you talk to the right people on the team so you understand the problem. Then figure out how to communicate it to people in a non-technical way.

People are afraid of the things they don’t understand. So help your users understand why the problem occurred.

Who was affected? How badly? In the event that someone reaches out to you before you have sent the email in step 3, you want to be prepared.

In our case, we had a spreadsheet with every incidence of the bug. I could quickly look up any customer and how they were affected to communicate the information by phone or in chat.

Nothing makes your customers more uneasy than when you’re surprised that they have a big problem.

Nothing makes your customers more comfortable than when you understand their problem before they explain it to you.

3. Email your customers before they email you

Once you know the scope of the problem and who is affected, you now need to create your response.

Succinctly and in plain english. Have enough detail to help people understand it. This proves you understand the problem well and builds confidence.

Show people how they were affected

You could skip this step, but you build non-trivial amounts of trust if your email communicates specifics.

Give people enough information that they can act to repair the damage.

Ideally, you’re saying this will never happen again. But share what specifically you’re doing about it.

Give people compensation for your screwup

If you’re writing your customers with bad news, and it causes them damage, bend over backwards.

Err on the side of overcompensating. We gave people credit to the service depending on how they were affected.

Don’t make people ask for it. Just give it to them.

No business wants a crisis

In the end it seems most of our customers wouldn’t have noticed that anything had happened. But we did. When people wrote back, their feedback was that they appreciated us reaching out and keeping an eye on their account for them.

What are your examples of a crisis handled well? What about crises that turned in to full-blown disasters? Share your thoughts in the comments.