The Art of Personalized Persuasion

I have a soft spot for the New York restaurant, Mermaid Inn. They have lovely oysters and a comfy atmosphere — but what really won them a place on my go-to list isn’t even on their menu. At the end of your meal, they give you a complimentary cup of chocolate pudding topped with whipped cream.

Still, everybody doesn’t have the same soft spot. My jubilantly carnivorous friend, Bob, cares not for chocolate and would prefer the burger joint down the street, whereas a delicious chocolate pudding bonus is enough to tip the scales for me.

Tastes and preferences account for many of our decisions — from where to dine to what movie to watch, and of course, what to buy. Amazon is famous for creating that personalized shopping experience based on such information, revealed by your shopping and browsing history. 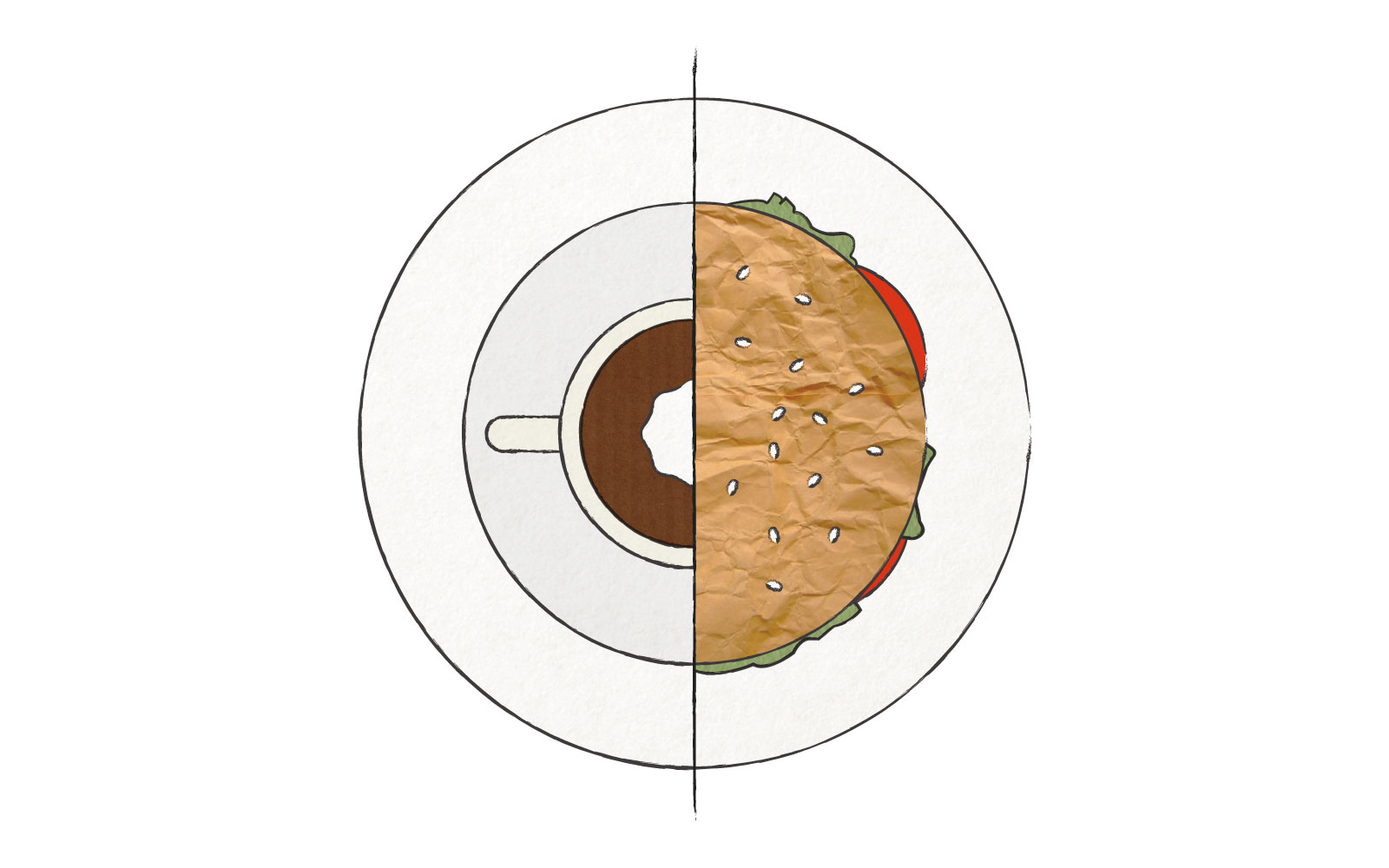 Yet the possibilities of personalization aren’t limited to discrete things — like products and website visits, or attributes like location. Rather than focusing on the “what,” consider the “how.” You see, people don’t respond to messaging in the same way either, just as Joe and I don’t react similarly to the prospect of chocolate.

Psychologist B.J. Fogg even coined a term to describe how one size doesn’t fit all when it comes to persuasion — “persuasion profiles.” He explains:

Personalization in emails works to increase engagement and conversion. But what happens when you move beyond tactics like using people’s names and interests to look for persuasion strategy soft spots?

How to Convince Your Customer to Stick With You

These principles can be so effective in changing behavior that Cialdini calls them “weapons of influence.” Still, the potency of the effect can vary by person, since we process and are moved by information in different ways.

In a fascinating 2011 study, researchers tested whether they could use personalized persuasion to increase user engagement. Their guinea pig? An unidentified company that made an activity monitor (a precursor to today’s wearable fitness trackers like the Fitbit).

Since the only way for you to see your activity and metrics was to upload data from your device through a physical connection to a computer, it was clear when somebody wasn’t engaged. The company used reminder emails to try to nudge people to dock their devices. So the researchers decided to apply different persuasion methods in that messaging to see what would bring users back.

They created 7 possible messages for the reminders: one standard note and the others incorporating persuasive snippets into the template, based on three of Cialdini’s principles — scarcity, authority, and social proof. Then, they deemed an email successful if a user docked her device within 24 hours of opening the reminder.

The standard message was neutral, plainly stating that it had been a couple days since the last docking, looking something like this:

It is 3 days since the last time you connected your Activity Monitor.

[this is where the persuasive paragraph would go]

We would like to remind you to connect it to your PC soon and stay in touch.

A reminder email using a social proof snippet, for example, would swap in an extra paragraph, like so:

It is 3 days since the last time you connected your Activity Monitor.

Thousands of people are participating actively in the program and they stay connected at least once a week. Join the group!

We would like to remind you to connect it to your PC soon and stay in touch.

It turns out that there wasn’t one clear winner. Instead, the most effective messages were customized to the user. 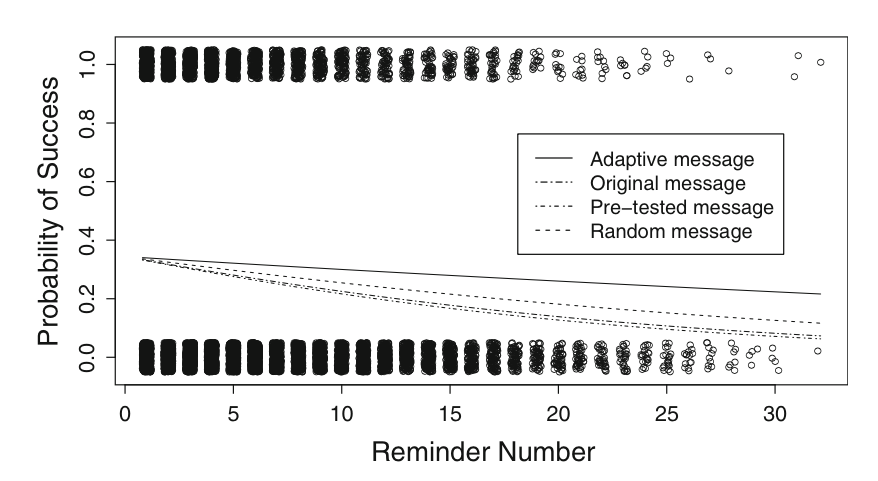 One test group of customers received reminders with randomized persuasion tactics — but once people showed a preference for a particular method by docking their activity monitor, they would only get the type of persuasive reminder going forward. According to the researchers, this adaptive messaging system performed significantly better than the control condition (using only the standard reminder message) and the “best average strategy” (using the authority principle, which was voted the most motivating in a earlier survey).

People tune out when something just doesn’t resonate. It makes sense to try to figure out if they have a persuasion sweet spot rather than repeatedly hitting them with ideas that won’t stick.

So how can you learn which persuasion strategy works for what customers — as Amazon does with shopping history — so that they listen to you?

The purpose of A/B testing is to figure out what works to persuade people. Take a page from the adaptive messaging study to test persuasion principles.

First, create a neutral template that sets the goal or action you want people to take. Then come up with various message based on different persuasion principles that you can swap into the template. You may, in fact, find a “best average strategy” in practice to use across the board.

Still, the goal here, unlike most split testing, isn’t necessarily to figure out which solution is the overall winner — but to use those results to learn more about which solution wins for which people (who responds to A and who responds to B?). That can lead to the ability to create helpful persuasion profiles, similar to user personas, for your future messaging.

You could even replicate the study’s adaptive persuasive messaging system. For example, in Customer.io, you can leverage your knowledge about how certain people respond to specific persuasive techniques based on the results of your A/B tests. 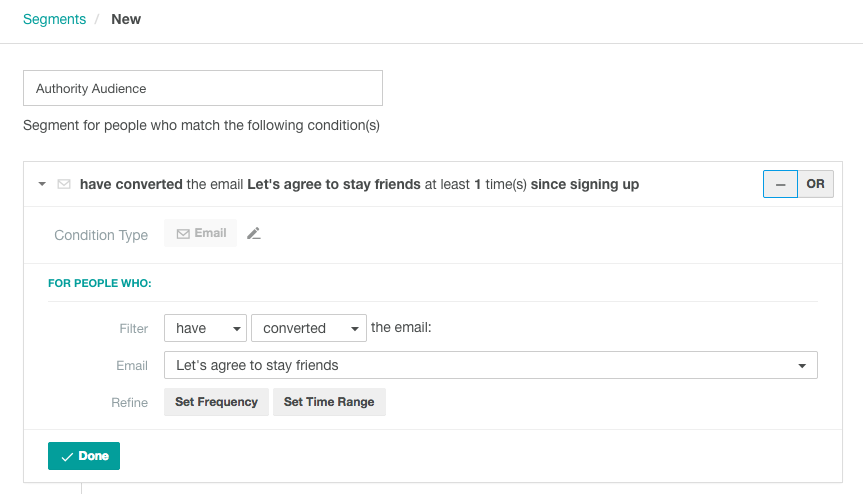 What’s most intriguing about personalizing persuasion principles is the very human reminder that people can have different end goals but be moved in similar ways.

When it comes to crafting effective communication, that frame of reference is important to remember. As Cialdini points out:

“[I]t is not information per se that leads people to make decisions, but the context in which that information is presented.”

Through testing, measurement, and iteration, you can learn more about what kind of context and framing works to make your emails resonate and even get people unstuck in your funnel.

People are not all the same — and personalization is not just a powerful marketing method but a compelling reminder that you’re not always dealing with one average user but a multitude of human beings.

Have you ever noticed that one persuasion principle resonates more than another with a certain crowd? Share with us in the comments!

Enjoy this post? Read more about the psychology of persuasion or how to use A/B testing to improve your email campaigns.