How to Determine the Best Time to Send Your Email

“When is the best time to send my email?” has no shortage of answers out there. In fact, one of our most popular articles tackles this very question. Yet everyone imparts the same advice — figure it out for yourself.

That’s the very beauty — and challenge — of emails, isn’t it? Their success hinges on reaching and resonating with the recipient. Emails are an exercise in empathy and understanding humans, so that the real question behind effective email scheduling is actually “who is your audience?” 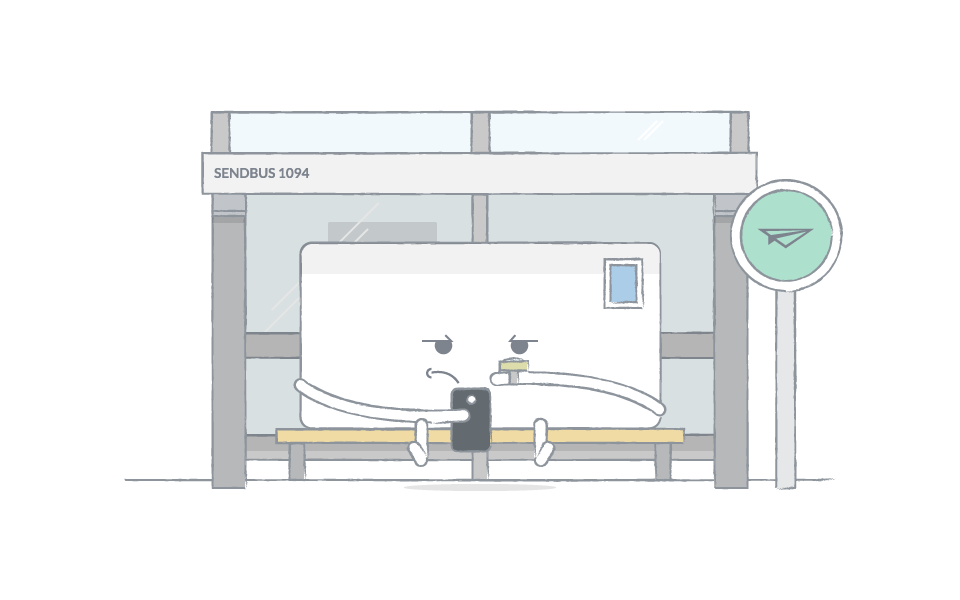 The formula to optimal sending time turns out to be short but complicated. Here’s John Foreman, Chief Data Scientist at MailChimp, who sums it up best:

We thought we’d break down this formula to smaller, actionable steps, guiding you towards discovering your optimal email sending times.

Common Rules for When to Send Email (to Disregard)

There are plenty of commonly cited rules for best email marketing send times. Here are a few on optimizing open rates:

There’s an inherent problem with looking to averages when trying to determine something specific — especially something as specific as what is best. Blending metrics up into averages and aggregates means you lose context.

For instance, when these data sets smash all sorts of email together, from automated welcome emails to cold sales emails, does that really help you decide when to send out that blog post link?

All these data and numbers and graphs — they’re interesting, even enticing. They make you go, “hm!” while stroking your chin in wise, email expertise-y thought, but they don’t provide you with a plan. Instead, these generic bullet points are baseline figures for testing the waters or just getting your email out the door.

Unleash Your Powers of Deduction for the Best Send Times

You can do better than generic baselines though. Look inward and you’ll find more suitable starting points in reach.

Patagonia, for example, leveraged what they already knew about their customers to optimize their email timing. They built a system that personalizes email delivery down to the hour, based on historical data of their customers, in order to garner more clicks (and sales). While such a complex system might be out of reach, you do possess valuable data that beats using generalized email patterns as your initial benchmarks.

Now, this requires you to play Sherlock Holmes with your audience. Holmes, of course, is brilliant at deductions — observing small details to get an accurate read on people he’s only just met. So put on that silly deerstalker hat and pay close attention — who is your audience, how do they read email, and what is the purpose of those emails? As MailChimp’s Foreman explains: these common sense deductions about your audience is a smart launching point:

When I look at those optimal send time graphs, the one thing that stands out across all of them is that I’m not surprised by any of them.

Here are 5 elementary questions to contemplate, my dear email marketer:

The Power of Testing and the Infomercial Effect

So far we’ve discussed smarter starting points, but you can’t make progress until you prove these initial theories right or wrong. Testing is a vital step towards discovering your best send times. According to MailChimp’s figures, A/B testing send-time improved opens by an average 9.3% and clicks by an average 22.6%.

Schedule the same emails to send on different days or different times (choose one variable at a time!) Don’t stop after just one test and keep gathering and building on data.

Nerves and hesitation about testing emails is natural. Take heart in something called the infomercial effect.

Now, Hubspot’s Dan Zarrella notes that he consistently finds the counterintuitive pattern that Saturdays and Sundays have higher clickthrough rates, and that Wednesday-Friday tends to outperform Monday-Tuesday. Going against the grain of what’s popular can be a useful strategy to help you stand out.

There is a trade-off, though. Your message may be more prominent but have a smaller overall reach. Buffer’s Kevan Lee calls this the infomercial effect. You schedule your messages for quieter, off-peak times because people have less choice to overload them. As Kevan explains, “When there’s nothing else on, you’re more likely to watch an infomercial.”

What’s interesting about infomercials is that companies see these graveyard slots as “highly efficient for testing products and messaging against targeted consumer segments,” as Priceonomic’s Jon Nathanson explains. The goal isn’t necessarily to get people at 3 a.m. to buy that Snuggie but to ultimately get into mass-market retailers. Informercials actually serve as testing grounds and fit within the context of a larger campaign.

So if you’re feeling anxious that scheduling an email for Friday afternoon or Sunday night will just result in more crickets and tumbleweeds than your normal delivery time — think of it as a useful testing point that’s not meant to maximize reach but to experiment and learn within a longer-range game. Use these slots to test creative messaging copy or new styles — or you might simply find that this off-peak time works better for your audience.

If you’ve ever sat, scratching your braincells while contemplating a time and date picker, you know the frustration of trying to choose a sending schedule. You just want a simple answer, already, and that’s why it’s so tempting to look at what purportedly works for other people.

But the answer, of course, is in your own hands. Unravelling your best solution depends on your context, your audience, your data.