What you need to get started

You’ll need a couple of things before you can set up your Urban Airship action: 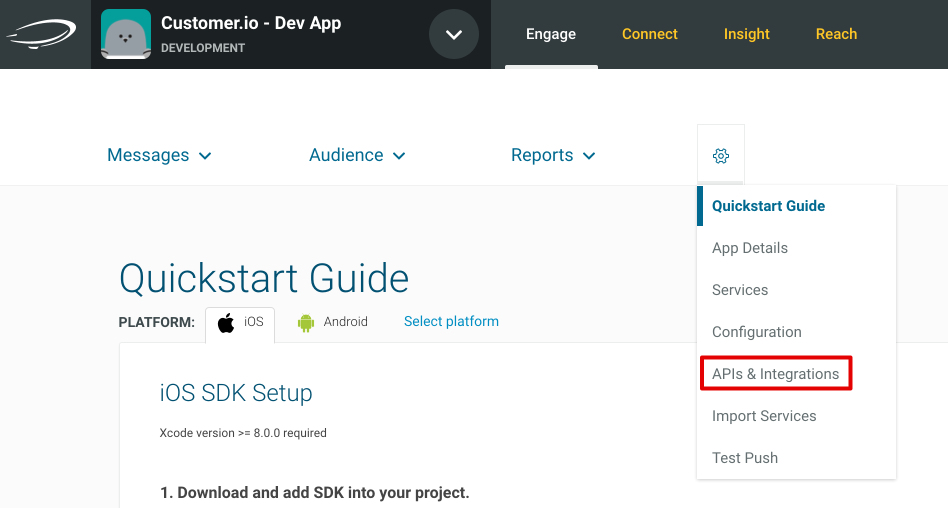 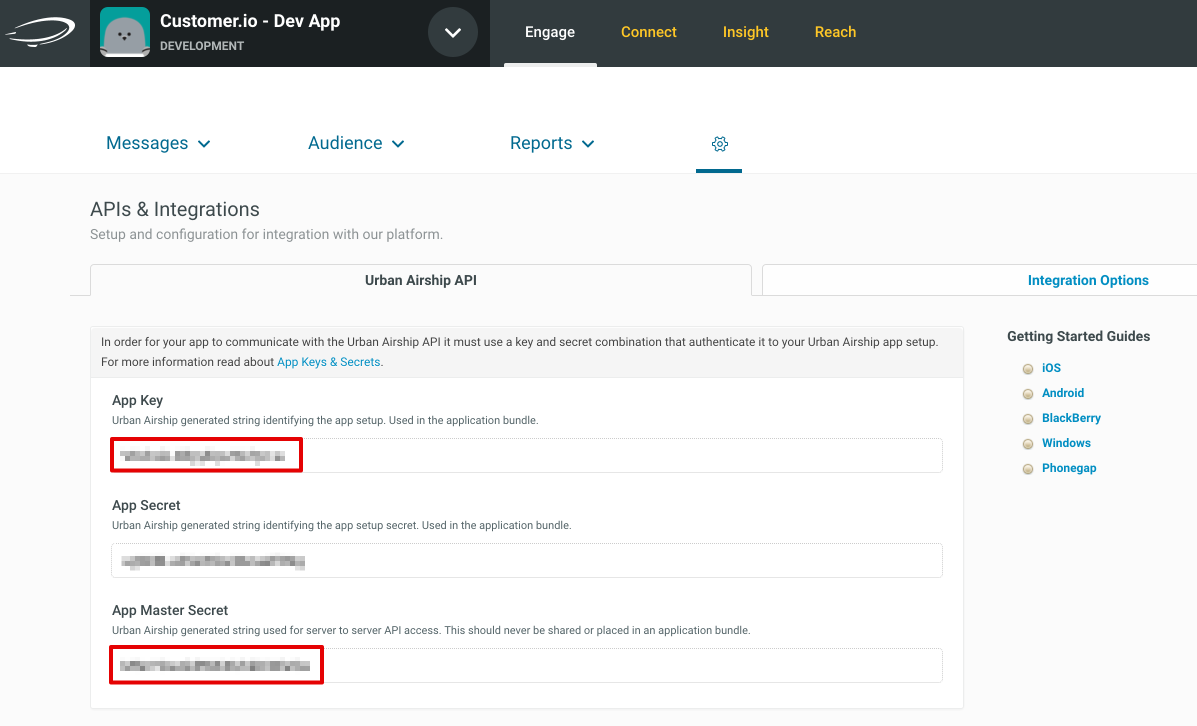 Note: You can configure multiple apps with Urban Airship, so make sure you are using the credentials associated with your production apps.

The right data in Customer.io: You need to make sure you’re getting the right data from your users. This is a little more complex, and is explained in detail below.

Configure your user data in Customer.io

In Customer.io you will need to store the named_user_id you previously defined for your users as an attribute (for example, an attribute called named_user). This id is what we will use as the TO address for your push notifications.

What is a named user?

A Named User is an identifier managed by Urban Airship. Here's how they describe the value of named users:

It is useful to think of a Named User as an individual consumer who might have more than one mobile device registered with your app. For example, Named User "john_doe_123” might have a personal Android phone and an iPad, on both of which he has opted in for push notifications. If you want to reach John on both devices, associate the Channel (device) identifiers for each device to the Named User "john_doe_123,” and push to the Named User. Notifications will then fan out to each associated device.

This allows you to consistently message a user regardless of whether they switch devices and prevents you from having to manage individual device ids between Urban Airship and Customer.io.

From your workspace dashboard, head to Workspace Settings in the left-hand menu and then click 'Get Started' next to Urban Airship:

What you'll need is your Application Key and Master Secret — as we mentioned, you can get these on app settings page under the APIs & Integrations section in your Urban Airship app. Copy and paste them into the fields in Customer.io:

Add your Urban Airship action to the workflow

Now you can drag and drop an Urban Airship push into your workflow. Create a name that is descriptive; your end-users won't see this.

If you want to add an A/B test, now's the time! Just click the Add A/B test button on the workflow item, or see more detailed instructions here!

You can then click Add Content to open the SMS composer and set up your push notification message.

You're now ready to write your SMS. In the Customer.io composer, it consists of two parts:

Note: You can use Liquid here to send to specify a a different attribute if you've stored your named_user_id with a different name during setup. Just make sure you have the right attributes for that user. You can see this in action in our example below, or click here to learn more about Liquid in Customer.io.

To make sure your push notification works, you can send a test message by clicking Send test in the top-right corner and entering a named_user_id in the test box . This will send a real Push, so make sure you're sending the test to yourself (or a test account)!

Once sent, Customer.io will show you the response from Urban Airship, and you should see Test sent. 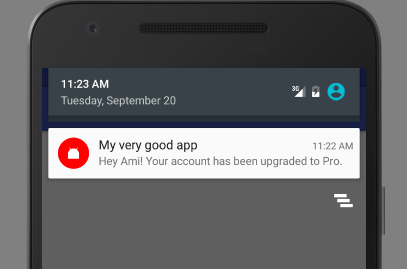 We’re excited to hear how you end up using Urban Airship with Customer.io Actions. If you have questions, feel free to have a look at the FAQ, or let us know! We're happy to help.

Was This Article Helpful?

We use our own and third-party cookies to understand how you interact with our knowledge base. This helps us show you more relevant content and ads based on your browsing and navigation history.