We now support objects—non-people data that you can relate to people, like accounts that people belong to, flights they’ve booked, online courses they’ve enrolled in, and so on. This release is only the beginning. Support in this release is limited to a single object type and they’re limited to Newsletters, but we’re actively working on this feature to add support for more objects, campaigns, and object-to-object relationships. 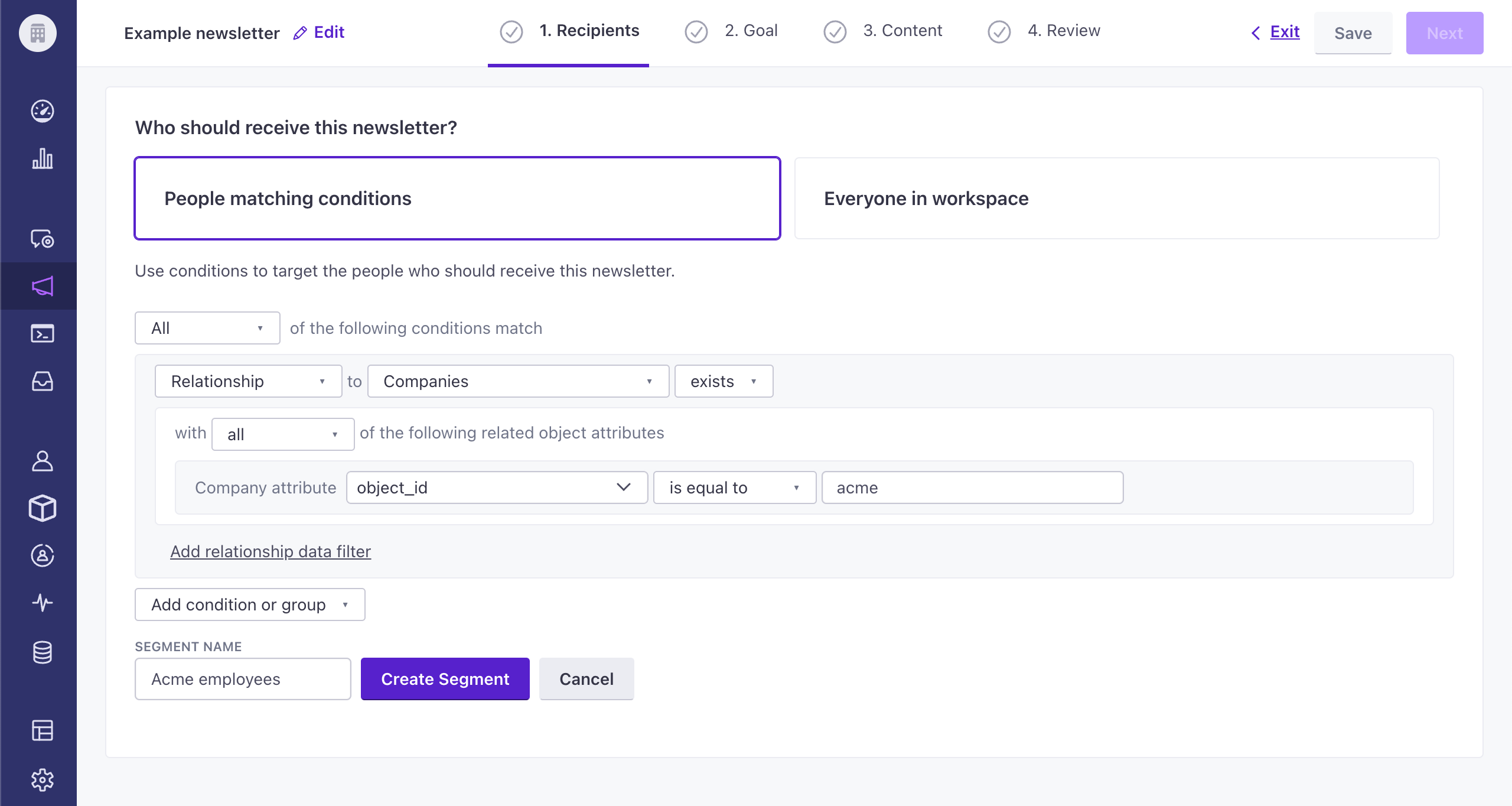 To create objects, you’ll define their type—like companies, accounts, and so on. Then you’ll create them—this process is a bit like identifying people. You’ll identify an object, set its attributesA key-value pair that you associate with a person—like their name, the date they were created in your workspace, etc. Use attributes to target people and personalize messages., and then add relationships to people.

Then you can create segments of people based on their relationships to objects. Something like this, targeting everybody related to an account, where the account’s name is Acme. You can also reference object data in liquidA syntax that supports variables, letting you personalize messages for your audience. For example, if you want to reference a person’s first name, you might use the variable {{customer.first_name}}.. Following our segment example above, {{objects.companies[0].name | titlecase}} would print Acme.

While this release is limited to a single object type, only supports Newsletters, and requires you to use our APIs, we’re committed to building on this feature, simplifying it, and extending its reach to other areas of Customer.io. Try it out and let us know what you think!