Now unsubscribes get attributed to specific emails and campaigns so you can get a better sense of how your messages are performing, as well as segment by unsubscribe behavior.

View your unsubscribe rate and count per email, campaign, newsletter, person, and over time.

Where to find unsubscribe rates

You’ll find the unsubscribe rate and number of people unsubscribed anywhere you see other email metrics such as opens and clicks:

You can also view specific unsubscribes in your overall email and activity logs, as well as your emails “Sent” view. Just filter by “Unsubscribed.”

You can also create segments based on unsubscribe activity to better target your messages going forward. To do so, create a new segment based on email behavior. Then filter for “have” or “have not” unsubscribed. 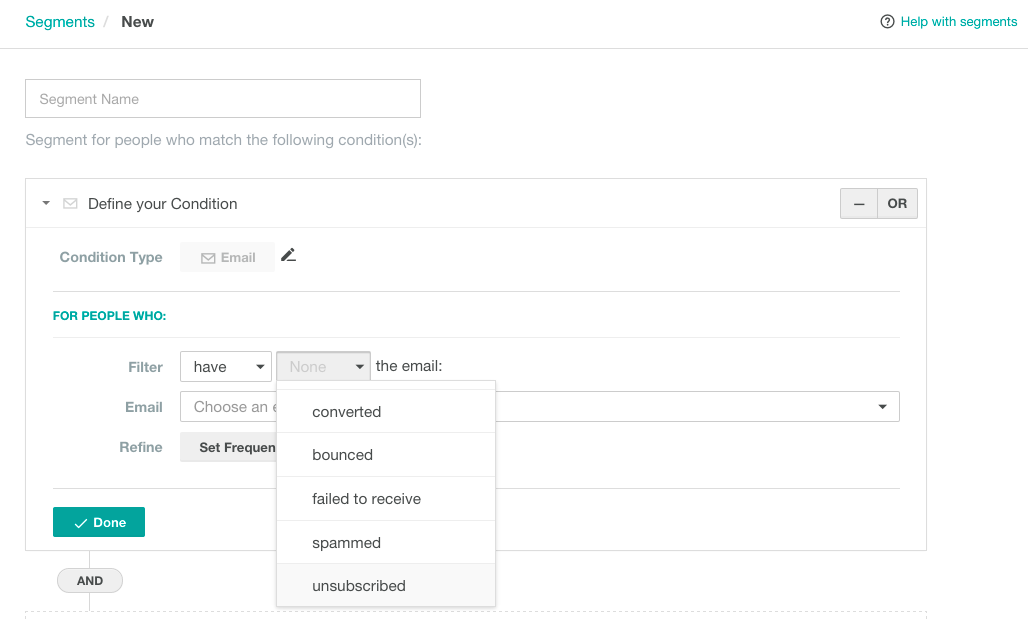 Check out the new unsubscribe rate metrics and let us know what you think! Leave a comment or send us an email at win@customer.io.