Concierge onboarding doubled our conversion rate to paid in July 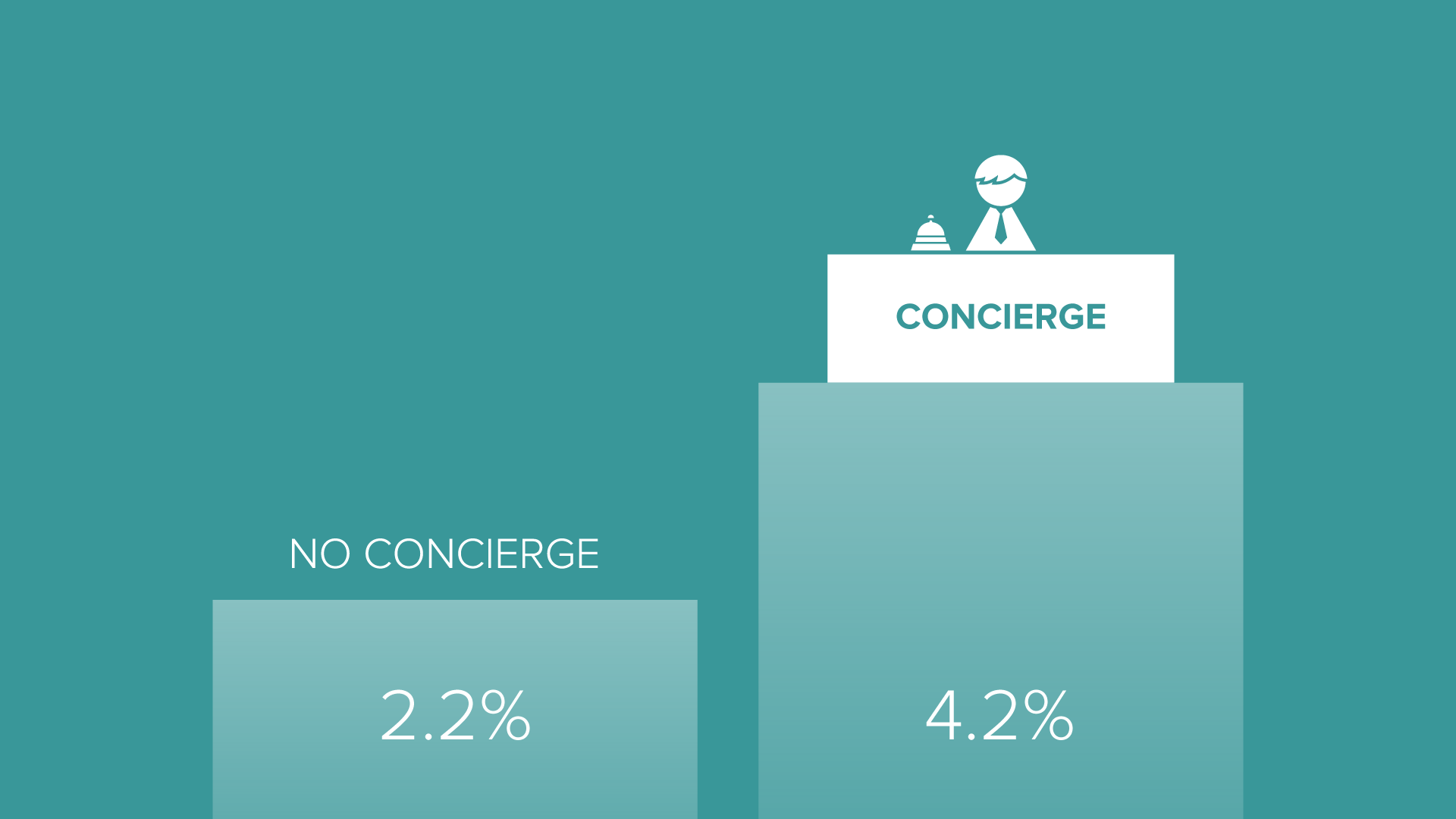 … well, just about doubled. We’ve been running our concierge onboarding test for just under 400 observations (200 A and 200 B).

Here are the numbers for our concierge onboarding funnel

We’re getting almost double the conversion rate to a paid account for people who have received the offer of concierge onboarding. I also didn’t look at people who didn’t do a call, but did convert.

Most people convert to a paid account over a long period of time. Our long term conversion to paid is in the range of 6% on average over the life of the company with variations from month to month. But in general more people will have converted after 60 and 90 days from signup. 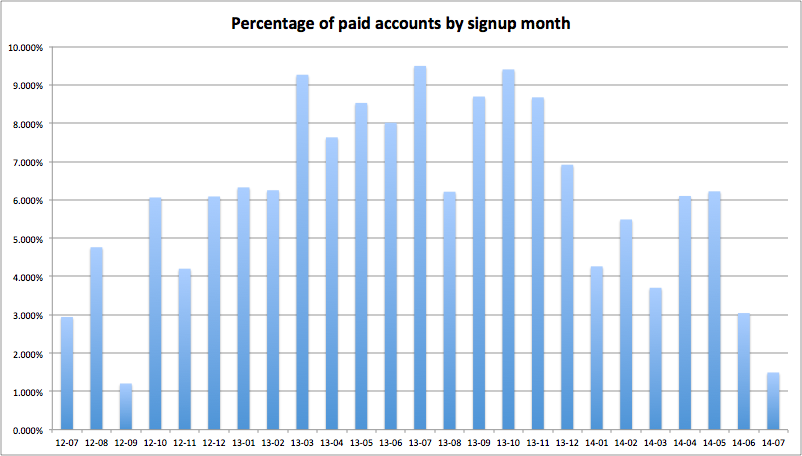 The test definitely isn’t over for us yet and longer term results for people who received concierge treatment will be interesting.

However, my working hypothesis is that at the very least:

Anecdotally, I’ve noticed several conversions to paid accounts from people who have recently received concierge onboarding. My hypothesis is that the high-touch interaction allows you to do a few things:

The most effective concierge onboarding sessions have been where:

The least effective concierge onboarding sessions have been where:

Putting the offer for concierge 2 days after the account was created means in general people try to get started on their own first, but it isn’t so far in the distance that they’ve forgotten about the product. It feels great to help companies get started and in general those same companies are really grateful for the personal attention.

Have you tried concierge onboarding yet?

If you haven’t already — why not try emailing 5 people today to offer your help? Let us know how it works out in the comments!